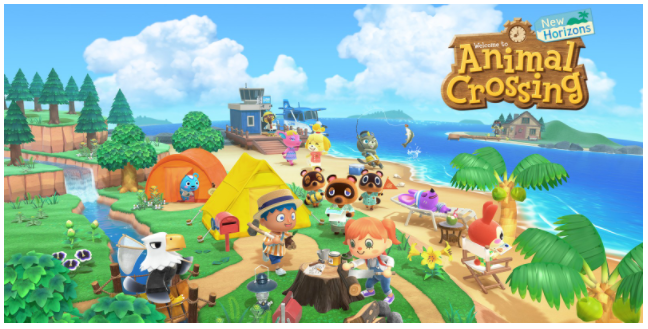 When it hit the shelves – back at the height of lockdown – it sold more digital units in its first month than any other video game in history. It sold even more than the likes of Mario Bros and Fortnite.

Here’s what parents need to know about the game – and how they can help their child have safer, more enjoyable gaming experiences when playing.

What is Animal Crossing: New Horizons?

Animal Crossing: New Horizons is a game for the Nintendo Switch and Switch Lite in which the player is tasked with bringing civilization to a deserted island.

The player starts out with little more than a tent and some basic tools, so to create their dream town, they’ll need to forage, collect and scavenge. But with few missions and set objectives in the game, they have the freedom to do everything at their own pace. 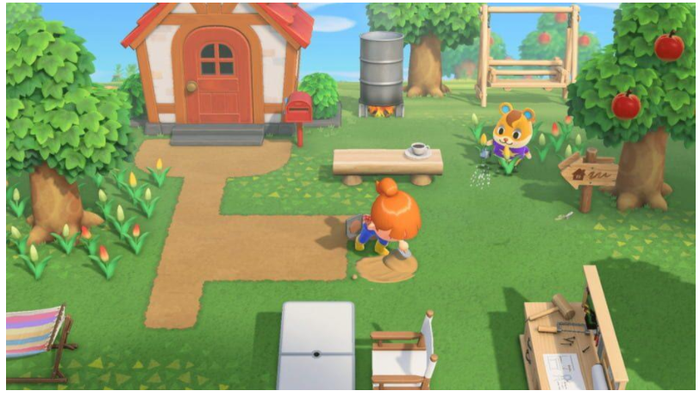 The game follows the rhythm of a real-world day, so if the player logs on in the morning, they’ll be treated to a glimpse of the in-game sunrise and be able to collect some of the fish and bugs that only come out at that time. Similarly, at night all the shops will be closed and most fellow islanders will have gone to sleep.

Animal Crossing is not only about building a town, but also a community. The player can travel around to other islands and convince anthropomorphic animals – including French-speaking ducks and capitalistic racoons – to join their up-and-coming colony.

What are the negatives?

There’s undoubtedly a lot to love about Animal Crossing but, as with most games, it’s not perfect. When first booting up the game, the pacing can feel a little slow. It takes real-life time for things to happen on your child’s island and, for the first few days, they might feel like they’ve run out of things to do. Not to worry though – once they’ve gotten over the initial hump, the possibilities are endless.

You can also only create one save game per console, which might cause trouble if you have several children sharing a Switch. Although you can have many different users on the Switch, the game only allows you to create one island across the board – and there are no resets. It’s a shame, really, as each island layout has different natural resources and fauna to explore, so it might cause friction between siblings who have differing views of what the perfect island paradise looks like.

Will my child be able to play with other people?

Animal Crossing mainly focuses on its single-player elements, but some features allow your child to visit other players’ islands or have others join them on theirs:

Is it safe for children and young people?

Few games are as wholesome as Animal Crossing and you won’t find a lot of the common risks associated with other games.

The most notable omission is violence. Animal Crossing is a game centred around unleashing the player’s creativity and encouraging them to nurture their relationships with other characters, and so does not have any fighting elements to it.

In many games where things take time to happen, power-ups are often included to allow the player to bypass the waiting – for a price, of course. Animal Crossing, however, doesn’t have microtransactions or loot boxes and the player simply has to wait until the next real-world day for their buildings to be completed. It teaches children that it pays off to be patient and helps naturally divide the gaming sessions into reasonable chunks of time.

Your child will also learn the importance of protecting their data. Whenever the player is asked to name their character or post on the town notice board, they’ll receive a prompt if it’s visible to other players and be reminded not to include any personal information.

The multiplayer experience is also very well shielded, so the chances of your child finding themself in a risky situation are much lower than in other online games. The player has to jump through lots of hoops if they want to meet people outside of their friends list and, considering they would have to manually make someone a ‘Best Friend’ for them to get in touch or make changes to their island, the chances of them being ‘griefed’ – a common occurrence in Minecraft – or cyberbullied are very low.

Animal Crossing doesn’t offer much in terms of settings, but the game has been designed with a young audience in mind by default, so at no point did this feel like an issue.

How can I help my child be safer when playing?

If your family has a Nintendo Switch, you can download the ‘Parental Controls’ app on your mobile to customise your child’s gaming experience. We go into more detail on these controls in our Nintendo Switch parent guide.

It’s important, however, to bear in mind that although parental controls can help reduce risks, they do not eliminate them. The most effective way to avoid your child experiencing harm online is to build their digital resilience. This includes making sure they understand when they’re at risk, know how to respond to those risks, learn from their experiences and recover when things go wrong. Find out more about digital resilience here.

Our impression of Animal Crossing: New Horizons is overwhelmingly positive. It’s great fun for children and adults alike and it teaches young people important personal skills such as patience and responsibility.

Many of the tasks you do in the game might seem mundane, but they have a strangely cathartic quality to them and it’s always exciting to see what each new day brings.

In these uncertain times, bringing things back to basics in Animal Crossing: New Horizons might be exactly what your child needs.

Bridge Academy Trust is a charitable company limited by guarantee registered in England and Wales with company number 07663795.